ABOUT
Find out more about the story, the production teams, and the development of the documentary, by using the drop down menu on the top right of the page. 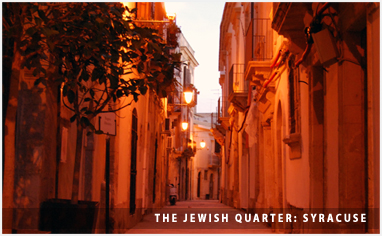 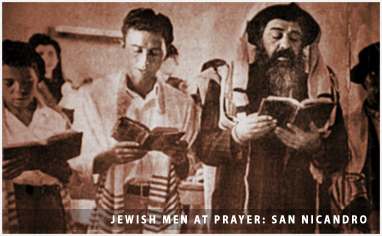 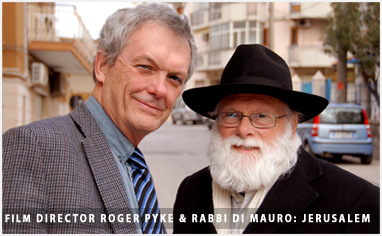 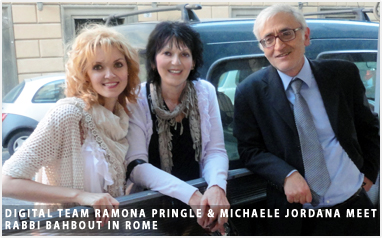 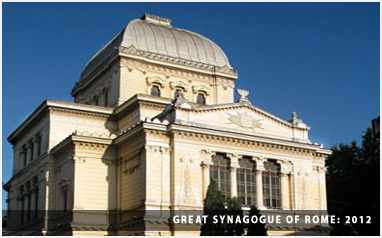 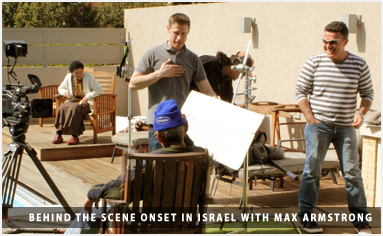 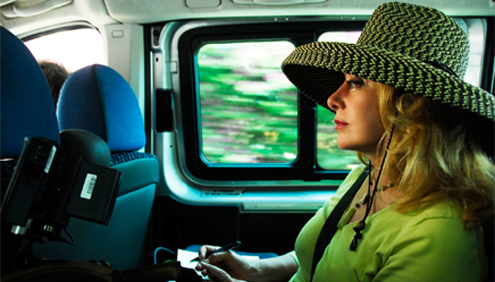 In early 2011, I read a book called The Jews of San Nicandro, written by Professor John Davis, about a group of Italian Roman Catholics in a small village, who underwent a mass conversion to Judaism in Fascist Italy. And who over a period of twenty years of observing Jewish practices, left Italy and emigrated to the new state of Israel in 1949.

I was immensely fascinated by this story. Being of Italian origin, I was even more curious, since the photos of San Nicandro reminded me of the village of my parents' birth. I began to wonder how ordinary people could give themselves over to a new way of worshipping, over many years. What sustained them?

How did Donato Manduzio — a crippled cobbler from San Nicandro, have these visions that would permanently change the lives of hundreds of people? His determination to bring back Old Testament Judaism, spawned a whole generation of Italian Jews in Israel and Italy today. We were determined to find them.

As I continued my research, I discovered that the larger story was indeed happening today. There is a powerful revival of Judaism in Italy. We found Italy's first female Rabbi who recently opened the first synagogue in southern Italy in 500 years. And we discovered the new communities of Jewish presence in Calabria and Sicily, the areas with an ancient Jewish population before The Spanish Inquisition forced them to flee.

In my mind "The Mystery of San Nicandro" is ultimately a testament to the inexorable force of the past, how it shapes our identity and sense of belonging, and how the echo of our DNA reaches across centuries to claim us. That echo is universal — no matter what our differences, we all have an ancestral journey and a past.

I am very grateful to all the participants in the film who allowed us to tell their stories. We'd love to hear yours, too. Please visit our Artifact Gallery to see the fascinating artifacts we have collected from the descendants of San Nicandro; then click on Share Your Story to contribute your own family story and artifacts to this project.