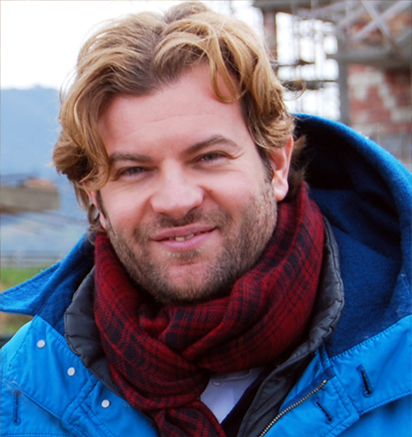 Lorenzo de Medici, a descendant of the powerful and famous Medici family of Florence, is the son of a famous Calabrese engineer and a Polish mother. He works alongside his father on his building projects.

Lorenzo met Rabbi Barbara Aiello while doing research into the possible Jewish ancestry of his name.

He became interested in her work, and offered the first floor of a new hotel he and his father are building to house the synagogue, library and classroom of Calabria’s first liberal Jewish culture and study centre.